Iran used General Saleimani to attack Americans in Iraq. Here’s a photo of one of the rooms inside the American Embassy in Baghdad. 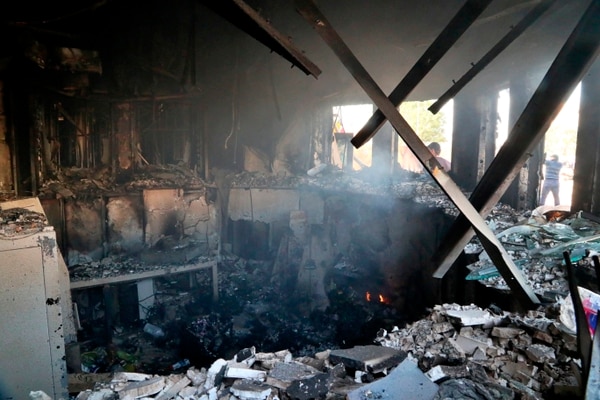 President Trump sent the 82nd Airbourne to Iraq. Will they move into Tehran, Iran?

Sen. Ben Sasse, Nebraska Republican and a member of the Senate Select Committee on Intelligence, said Gen. Soleimani “is dead because he was an evil bastard who murdered Americans.”

“The president made the brave and right call, and Americans should be proud of our service members,” he said.

Sen. Tom Cotton, Arkansas Republican and Armed Services Committee member who served combat tours in Iraq and Afghanistan with the Army, said that Soleimani “got what he richly deserved, and all those American soldiers who died by his hand also got what they deserved: justice.”

Iran has 81 million people. America has 327 million, four times as many people and Trillions more money. America cannot lose. Iran can lose and things will perhaps get better for the people of Iran if the crazy-cakes leaders are eliminated in a war.

General Soleimani and his Quds Force were responsible for the deaths of hundreds of American soldiers, the DoD said, adding that the attack in Baghdad killed or wounded American and Iraqi personnel stationed there. General Soleimani is believed to have approved the attack, which was not carried out by Quds soldiers.

Joy Behar In Battle For Best Pigface of 2020

America Can Have Equal Treatment Or The Best And Brightest… We Cannot Have Both.